Stalking is a criminal act involving an unwanted or repeated surveillance of a person. The U.S. National Center for Victims of Crime report of 2002 defines stalking as any unwanted contact between two people that directly or indirectly communicates a threat or places the victim in fear.

Although the majority of the offenders usually are estranged partners and spouses, the crime can also be committed by strangers as is often the case with celebrity stalkers.

According to the California Penal Code Section 646.9, the crime is punishable by up to 1 year in county jail and up to $1,000 in fines.

Counseling is usually required when probation is granted or when the sentence is suspended.

An offender who has been convicted of a spousal or child abuse felony, violated a protection order or made terroristic threats can serve a longer jail term of up to 2, 3, or 5 years in state prison.

Stalking that violates a temporary restraining order, injunction, or court order against the same party, is punishable by imprisonment for 2, 3, or 4 years.

Anyone who, having been convicted of a stalking charge, commits subsequent violations will be jailed for 2, 3 or 5 years in a state prison. 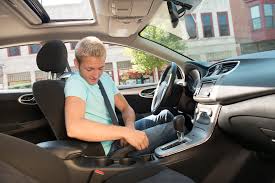