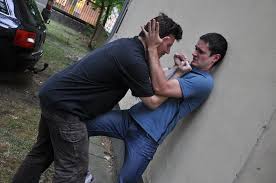 What California Law Says about Self Defense and Its Guidelines

Self-defense under California Penal Code 198.5 means that a person applied force or used violence against another person, but did so to protect themselves from imminent danger or harm. When a person argues an affirmative defense, they admit that they engaged in specific behavior, but they did this because they wanted to protect themselves or others.

California law allows people to act in self-defense as long as they have a reasonable belief that they are in danger. The use of force can be justified when one has a reasonable belief that they are about to be physically harmed in some way. Instances of when self-defense may be an option include the imminent threat of rape, murder, robber, mayhem, or any other acts putting one at risk of suffering great bodily harm.

California’s self-defense laws state that self-defense is only a valid argument when a defendant reasonably believes that they are in imminent danger. The danger is imminent when it is an immediate or present threat. Self-defense is also a valid excuse when a person has a reasonable belief that a threat exists. When determining whether a belief was reasonable, a jury considers what an objectively reasonable person would have believed under similar circumstances.

When acting in self-defense, California self-defense laws only permit somebody to use the level of force that is necessary to stop the perceived threat of harm. Deadly force may also be permitted in self-defense, but in such instance, one must reasonably believe that they are in imminent danger of being killed or severely injured. The level that a person uses should not exceed the threat with which they are facing.

According to California law, people also have the right to defend others from imminent danger. For such a defense to be successful, one has to establish that they reasonably believed the other person was in imminent danger, the use of reasonable force was necessary to prevent harm, and they only used the amount of force required to prevent harm.

The California self-defense law gives persons a right to stand their ground and protect themselves without retreating. An individual has the right to pursue their attacker until the imminent danger against them or others no longer exists.