A DUI murder charge is known as a Watson murder in California. A Watson murder is a second-degree murder that can be filed by the prosecutor in cases where a person was driving under the influence of alcohol or drugs, and another person is killed.

Under California law, a Watson murder is charged in a situation where a person has a prior DUI conviction and had received a warning on the safety risks of driving under the influence, but ignored and later committed another DUI offense that caused a traffic accident resulting in someone’s death.

It is important to note that a DUI murder is not a separate offense, but it describes a situation where a prosecutor can charge a person with second-degree murder under California Penal Code 187, committing a fatal DUI.

Most of the deaths caused by driving under the influence in California are filed as a manslaughter offense. In DUI cases causing death, a driver is negligent but has no malicious intent to murder.

In order to be convicted of DUI murder, a prosecutor must prove that the defendant committed an intentional act causing the death of someone else, they knew that the consequences of their actions were dangerous to the life of others, and they only acted with conscious disregard for the danger to human life.

If convicted of DUI second-degree Watson murder charge under California law, a person could face between 15 years to life in state prison and a fine of up to $10,000.

The felony will also count as a “strike” under California’s Three Strikes Law, meaning that if it is a third strike on the accused person’s record, they will face 25 years to life in prison. In case some surviving victims suffered great bodily injury due to the accused person’s conduct that led to a DUI murder conviction, they could receive an additional and consecutive penalty of 3 to 6 years in state prison. 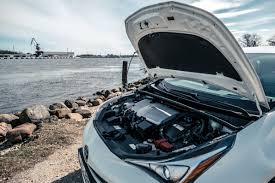