California defines defamation as the communication of false information, which is meant to cause harm to a person or business and exposes one to ridicule, hatred, or contempt. California Civil Code states that either libel or slander effects defamation. If a statement is made verbally, it is slander, and if made in writing, it is libel.

In California, if a defamation case is not categorized as “per se,” it is defamation “per quod.” Per quod is a Latin term meaning by which or where. If a defamatory publication is per quod, it means that the publication is not defamatory on its face and requires allegations and proof of special damages, for instance, lost profits.

California law states that a public figure must prove affirmatively that a statement was false. They must also prove actual malice. This means that the defendant made the defamatory statement either with the knowledge that it was false or with reckless disregard for the truth.

California recognizes that truth is a valid defense against defamation of character charges. Defendants can also win if the plaintiff does not prove negligence on the part of the defendant, or if no harm befell the plaintiff as a result of the false statement of fact. 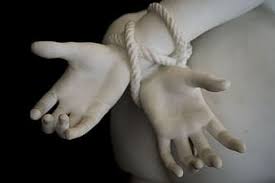